Are we ready for browser-based Drupal development?

There is an existing private github repo that contained code for a D9 site (this website). The objective that I set out with -

Started by spinning off a workspace by using gitpod.io/#<repo-url>. Since the repo had the lando file that defined the environment recipe that was needed for this codebase, I was hoping that it would automatically spin up an environment. That, however, did not happen to be the case.

I was able to spin up the environment after pushing to the repo the .gitpod.Dockerfile  .gitpod.yml files, which I grabbed from this repo of Bassam.

Further which once the workspace was spinned up, I could run lando up on the terminal of the online VS code, and could access the Drupal site, make the code change, and commit. 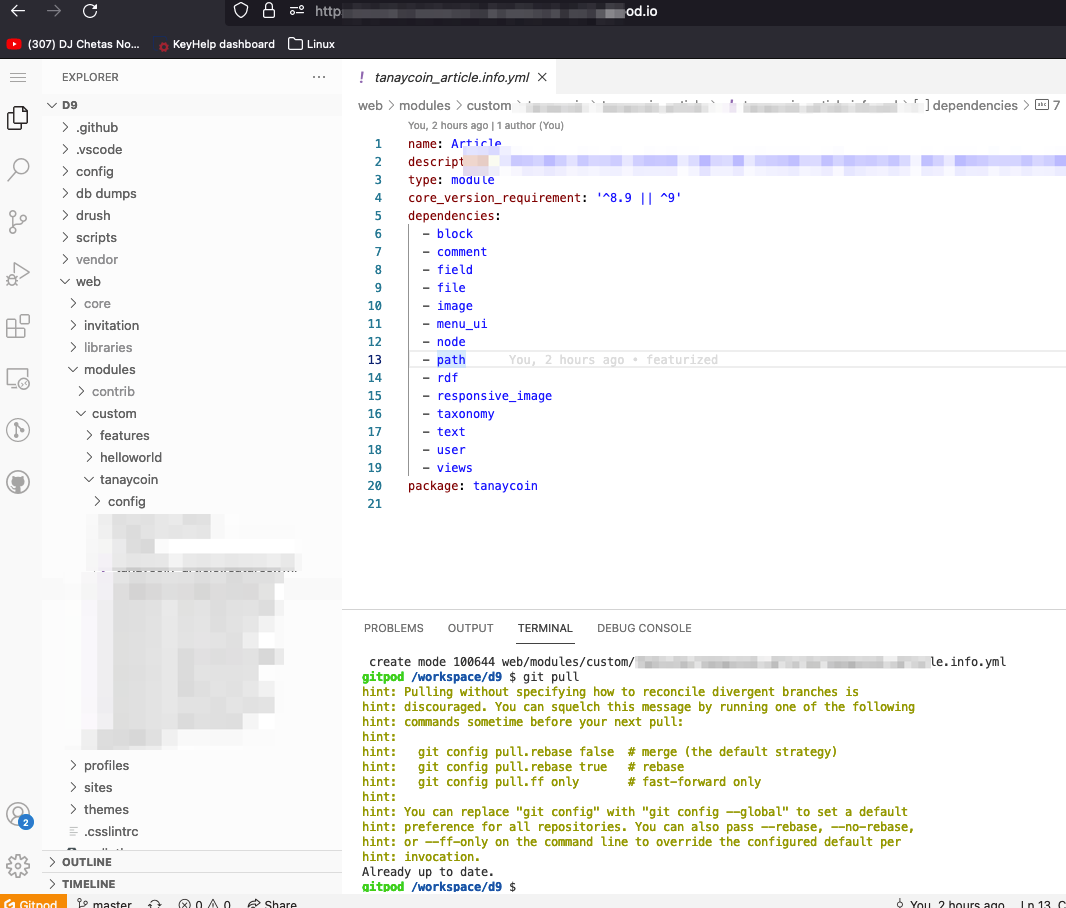 Overall, that was good.

Would I be happy to swap it with my local workspace?
While this clearly would free your RAM, and probably save your Macbook's fan, which is always spinning due to Docker. And this could be a model to reduce costs for teams as well, by switching from high-end laptops to low-end Chromebooks for development. But at this point, the experience is far from being optimal.

Not sure where is the nearest endpoint for Gitpod near to my location in India, and if that would change anything if the app was being served from a location closer to me.

But this is just the beginning, and the experience will probably evolve with Gitpod and others creating native apps for Android Chromebooks, Windows and Mac, along with access via Browser. And considering the significant cost savings, this is the direction that web development would take in the days to come. This shift would be inevitable, and I am happy to see the tools are progressing in the right direction. But we aren't there yet.