Posted 5 years ago.
56 minutes of my time wasted.
Low-quality production. The sound is not in sync with video in many places.
Not much of a story. Some directors can narrate even a very small or no story for hours long using good screenplay and dialogues. But in this movie, the screenplay is very dragging. No memorable dialogues.
The concept/message is very superficial. The director tries to aimlessly portray pseudo-feminism and liberalism in the form of drinking and wearing short skirts. Women empowerment is above and beyond such things. What the director tried to convey is obscure. The director just tries to run one hour of film with no solid script.
The bike-gang attack scene is very unrealistic. Each of the goons falls down forever after a single slap. And the hero ends up with a lot of bruises on his back even though the goons didn't do literally anything at all. They just lift him once and place him back on the ground.
While young out-of-college kids are creating amazing short films, people like Prema and Archana that claim years of experience in the television industry creating such low-quality movie is disheartening. Archana should have paired up with a different director (like Shanmug (Viva fame) or similar upcoming short film directors) instead of banking on Prema.
Archana is one actress who has failed to succeed in the industry despite having all skills and looks expected of a female lead in Telugu industry. Reason being wrong decisions that she took during the time of Nuvvostanante Nenoddantana movie etc. This movie is another wrong decision that will hold her back. As a well-wisher and a fan of Archana, I feel bad about this.
Archana should have foreseen this. Prema is a person of more words than actions. Which is very obvious if you watch any of the interviews she hosts, and compare them with that of TNR. Archana shouldn't have expected anything different from Prema when it comes to making a movie.
Archana, you might like it that way. But we like it this way only when there is some content, and some strong screenplay. 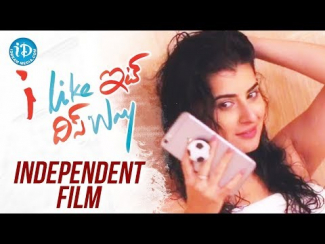