This is how India is sending its best Drupaler to Drupalcon LA 2015!

My colleague Prafful Nagwani and I recently launched a crowdsourcing campaign to send one of India’s finest Drupal contributors - Piyuesh Kumar - to Drupalcon LA, scheduled to happen in the second week of May 2015.

Thanks to Indiegogo, we were able to launch the campaign very quickly after the thought. Thanks to Megan Sanicki and Drupal Association. We have now been promised a free Drupalcon ticket. So the estimated cost of travel came down to $3000.

One thing we did not consider initially when we estimated was the charge deducted by Indiegogo, which seems to come around to 10% of the total.

The campaign was fairly successful. We succeeded in raising $1892 of the estimated $3000 required.  So we clock a nice 63% on the target! Thanks to all those who contributed. (In random order. Pictures from taken from public profiles of the contributors. Anonymous contributions excluded. Some contributors could not be mapped to any public social profile by their name and hence might not appear on the collage above)

A Big Thanks to Mike Lamb and Drupal Mumbai & Pune communities, for promoting and contributing to the event campaign during the recent Drupal Camp Mumbai!

Thanks to Megan, Rachel and Drupal Association (yeah, once again). This time for featuring the campaign on DA Newsletter that definitely helped a lot in giving the final push that was very much required for this campaign! We definitely fall short of the required fund by around ~$1000. The good news is Qed-42 / Dipen Chaudhary, Piyuesh’s employer has come forward to cover any costs that would be required above the funds collected. Way to go Qed 42!

One question that has repeatedly popped up is - Isn’t there a Drupalcon scholarship / grant already?

Well, there is one.  And as one of the earlier recipients of the scholarship, I have been there, done that!

But unfortunately when it comes to travelling to a US/Europe Drupalcon from India, the cap of $1000/€800 hardly covers 75% of economy airfare. We thought this guy deserves a fully covered trip to Drupalcon for his contribution to the Indian Drupal Community and hence was this campaign.

Thanks again to everyone who chipped in.

And another good news is that some of the contributors have proposed that we do this every year and send the most deserving person from the Indian Drupal Community on a fully sponsored trip to Drupalcon. That definitely would be the most awesome thing to do and I am all up for it! 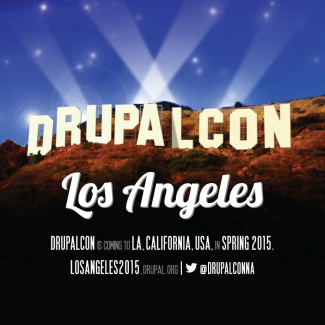