Drupal Association Board Elections - Shyamala for Director at Large

Starting Monday, you can vote for the next at-large director on our board. Before you do, our candidate sessions: https://t.co/B0lUqmUac4

Drupal Association Board Elections are around. So what are these elections? How would it matter to anyone in the Drupal community? Why should one vote?

I have decided to vote for Shyamala Rajaram. I met Shyamala for the first time in November 2008 at a Chennai Drupal Meetup, which she had organized. I had just moved into the city, for my job at TATA Consultancy Services. That was my first weekend in Chennai. Didn’t have many friends around and a lot of time to kill. Drupal, at that time to me, was one of the many CMSs that I had freelanced earlier. Although it was my favorite. But I never saw it as a career option. And was surprised to see a meetup happening in Chennai that weekend and thought of dropping by.

But the meetup definitely had a significant impact on my life and career. I had dabbled a lot with Drupal while in my college (Vellore Institute of Technology). Though Drupal was my favorite, I had always seen it as one of the many CMSs that were mushrooming every day in the PHP ecosystem. This specific meetup gave me an opportunity to see that Drupal and its community existed outside of the internet as well ;-)

And what surprised me the most was that the newspaper portal that I read every day then, one of the largest in India, was actually powered by Drupal, and architected by none other than Shyamala and her team!

I believe she has the right mix of leadership and technical capabilities and can best represent the Drupal community in general, and India & Asia in specific, on the board of Drupal Association. All the very best Ma’am! 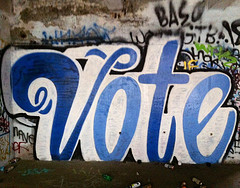