Recently I had to move bunches of tables from an old system to a Drupal site. The table data was heavily infested with the crappy HTML inserted from Microsoft Word.

The MS HTML was 1) Redundant and making the HTML almost 5 times its actual size and 2) Breaking the page HTML on the new system, at times.

Once included, it is as simple as
??>
$htmlawedsettings can carry a multitude of settings as explained in http://www.bioinformatics.org/phplabware/internal_utilities/htmLawed/ht…

Last but not the least, as the migration script was a Drupal module, included the htmLawed.php, places in the same folder as the .module file as
??>

There you go. Sparkling clean HTML that is close to being w3c compliant! 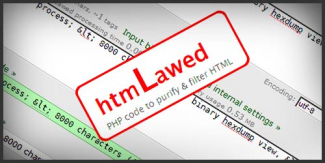